As per Bernard M. Bass, When leaders expand and elevate the benefits of their employees and generate awareness and acceptance of the aims and purposes of the group, and when they awaken their employees to look beyond their self-interest for the advantage of the group is when one becomes a transformational leader.

Transformational leadership, thus, focuses on the needs of others, rather than the needs of the leader. In this way, it’s similar to servant leadership but differs because in each style the leader has a different focus.

Stone, Russell, and Patterson, other thinkers  argued that the focus of transformational leaders are “directed towards the organisation, and his or her behaviour builds follower commitment toward organisational objectives, while the servant leaders concentrate on the followers, and the success of the organisation is a subordinate outcome.”

Transformational leadership encourages people to achieve amazing or exceptional results. It provides workers with the autonomy over specific jobs, as well as the authority to make decisions once they have been trained.

Some essential characteristics of transformational leadership are as follows:-

Following are some transformational leadership styles:-

Transformational leadership is present in almost every stage of the organisation be it teams, departments, divisions, or organisation as a whole. Such leaders are visionary, inspiring, daring, risk-takers, and thoughtful thinkers. They have a charismatic appeal. But charisma alone is insufficient for changing the way an organisation operates. For bringing significant changes, transformational leaders must exhibit the following four factors:

Inspirational Motivation: The framework of transformational leadership is the vision, purpose, and a set of values to the members. They understand what they require from every interaction and supervise followers accordingly by rendering them with an insight into meaning and challenge. They work with complete enthusiasm and optimism to promote the spirit of teamwork and commitment.

Individualized Consideration: Leaders act as coaches to their followers and compensate them accordingly for their innovation and creativity. The followers are treated individually as per their talents and knowledge and are allowed to make decisions. They are always given the required support to execute their decisions.

Intellectual Stimulation: leaders like these always motivate their followers to be more innovative and artistic. They encourage new ideas from the followers and never criticise them publicly for the mistakes committed. They focus on the problems and their solutions. They do not hesitate in discarding an old practice set by them if it is found ineffective.

Idealized Influence: They believe in the philosophy that to be impactful a leader must practice what he/she advocates. The leaders serve as role models that followers attempt to follow. They always win the trust and respect of followers through their action. Such leaders put first the needs of their followers ‘over their own; they are not reluctant to sacrifice personal gains for them and exhibit high standards of ethical conduct. The exercise of power by transformational leaders is directed at influencing them to strive for the common goals of the organisation. 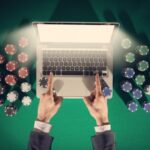 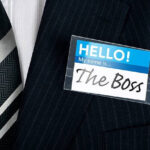