The media channels often give the impression that the world is a terrible place. It should be pointed out the wrong developments. At the University of Tübingen, scientists discussed “media logic and media reality”.

If you want to annoy a journalist, you only have to accuse him of telling fairy tales. He will dismiss that outrage. But more recently, reporting has come closer to storytelling because media research shows that facts are better kept when embedded in a story. The journalism professor “Vinzenz Wyss” from the Zurich University of Applied Sciences:

Water level reports or stock market prices are only appealing to those who know what to do with them because they live on the river bank, are captains or shareholders. Here, the existing knowledge helps to classify the facts.

Memory athletes also invent a story if they want to remember many different things, numbers or playing cards because the structure of a story actually helps. It is, therefore, a question of using a structure to bring order to the facts so that they can be classified and memorized more easily and better.

Single words are often enough to classify a person, an act. But for most people, words have different meanings, sometimes less, sometimes more. Dr Liane Rothenberger from the Ilmenau University of Technology examined this. Politics play an important role as a regulatory power. Stauffenberg was a terrorist for Hitler, today he is considered a freedom fighter.

“On the negative scale, if you ask the students about certain associations of these terms, the suicide bomber, then the assassin, and also the terrorist – who was just bad on our scale – was connoted as the baddest. But there are also differences, such as between freedom fighters, who actually have a relatively positive connotation, and resistance fighters, where just this word “resistance” to “freedom” moves further into a more negative area. “

But in the event of unrest, it is often not immediately clear whether it is the rebellion of the citizens or the struggles of rival criminals. Liane Rothenberger advises:

“So neutral terms are certainly useful as long as the position has not yet been clarified. But the important thing is that journalists should be clear about why they use a certain term and also make it transparent to the viewer or listener. So why do I call someone who committed an attack a terrorist, why don’t I call him an assassin? ”

But specifically, Indian journalists, providing the latest news in India increasingly lack the time for this, as the editor-in-chief admitted in the Rhein-Main-Neckar region during a survey. This is despite the fact that fewer issues are reported today as part of the austerity measures, and most of the time they are shorter. So that the user does not notice it so much, the media is made more colourful, either by more pictures or by alternating the forms of presentation.

At the same time, journalists are asked to tell the facts in the form of stories and arouse feelings. Infotainment instead of information. Users are said to be captivated, whereas in the past the media assumed that the responsible citizen would choose what interests him. Trying to surprise the user is questionable; Vinzenz Wyss:

“But now we have a bit of the problem that the narrative is of course also an incredibly good means of attention construction. So it attracts much more attention than when I argue discursively and always refer to transparent sources. So there we have the problem that the narrative can be misused for the sake of attention. So not at all with the aim of actually orienting, creating meaning, maybe also enlightening. That is a certain danger. “ 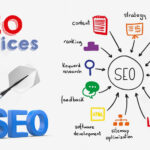 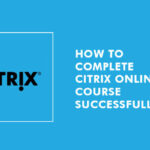