In 2011, the Indian government passed a rule that NRIs can vote in Indian elections if he/she has not acquired the nationality of any other country during their stay in a foreign country. In order to vote in any local, state or national elections, an NRI should be physically present on the day of voting in India mandatorily.

In the same year, the Indian government amended the rule of voting by adding one more right that NRIs can stand in elections if they fulfill certain criteria. In general, according to Election Commission of India, the prerequisites contesting in Indian election should fulfill the criteria mentioned below:

Read: Sale deed: What you should know!

However, according to the amended rules, an NRI, who wishes to contest in Indian elections, should fulfill the primary criteria that involve holding their Indian passport, and they have not applied or acquired the citizenship of any other country. NRI has to convince the regional electoral officer as their address mentioned in the passport should be the same mentioned in their voter ID card.

During the time of elections, it is advisable that an NRI should be present in India to gain maximum votes through polling and promotions amongst the people.

Earlier, no individual was allowed to vote, if he/she has resided for more than six months in abroad.

Read: What If Buyer or Seller Breaches Sale Agreement

Besides, every person who is contesting in the Indian elections has to make certain deposits amounting to:• INR 10,000 for Lok Sabha• INR 5,000 for Rajya Sabha

In case, if the contesting individual is from the Scheduled Caste and Scheduled Tribe, they pay only have to pay half of the amounts.

If you are an NRI and facing any obstacles related to voting in India, get in touch with NRI Legal World. We are a boutique firm providing assistance and addressing issues of NRIs concerning their administrative or legal matters within and outside India. 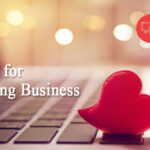 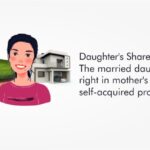